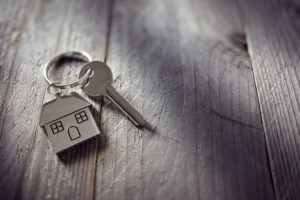 House prices aren’t getting any cheaper and so there’s an entire generation of people in the UK that will have to rent for most, if not all, of their lives.

As a growing demographic sector, they’ll have more and more of a voice and leverage as time goes on, so you’ll have to work with them rather than just rent to them. There’ll also be more rental stock coming onto the market as the build-to-let boom continues, so here’s how to compete with all the other landlords to make sure you appeal to Generation Rent.

Gen R has been marketed at, to, on and in for pretty much all its life, on TV, online and, well, pretty much everywhere. This means that they’re all-but immune to most advertising, it’s more a case of “Don’t call us, we’ll call you,” with these guys.

You have to know your people and know how to press all their buttons.

They’re renting out of necessity

Until they achieve that figure, they’ll have to rent and in many ways it’s a more flexible way of living, especially among younger people. At the moment, less than half of the UK’s households own the property they live in.

Some prefer to rent

Renting actually suits lots of Millennials because they can up sticks and move to a new job in a new area without the hassle of selling or letting their owned property. For many, renting is easier because they don’t have to do any serious upkeep and they can simply give notice and move if they need to.

It’s not enough to simply let a place out, despite the occasional leak and a funny smell when it rains. Tenants want, need and deserve a high-quality place to live that’s safe, secure and offers the same stability as having a mortgage.

Gen R is looking for experiences rather than possessions. Millennials area among the biggest spenders in the UK when it comes to leisure, nights out, gigs and food, spending 50% or so of their disposable income on doing and enjoying rather than owning.

This is why you should emphasis how near the Korean noodle bar is to your rental property, as well as the comedy clubs and gyms.

Allow your tenants to really make the place a home

Tenants are more likely to want to buy homeware than owners because it’s the only control they feel they have. If you add to this feeling of control by letting tenants decorate the place (within reason) while they’re there, you could have the edge over your rivals.

Do all your maintenance ASAP

Generation Rent wants their repairs done ASAP because they might not have the remit to do it themselves. A responsive and proactive landlord is a landlord who keeps hold of tenants.

You should also conduct regular inspections to make sure everything’s in working order.

Be open and direct

Gen R is informal and doesn’t expect euphemisms. They don’t like being talked down to, either, or having their time wasted. Be upfront and available to chat.

Try a bit of live-streaming

Millennials are busy people. They work hard and play hard so they don’t always have time to get to viewings. Live-streaming a tour or an open house is a good way to reach your target and also to boost the number of people interested in general.

Blogging about your properties and the locales they’re in is a good way to start a dialogue with your existing and prospective tenants. It’ll show that you understand them and their lives, as well as making you look approachable and competent.