Home | News | Buying in an AONB

Buying in an AONB 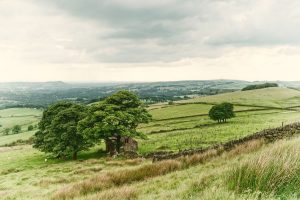 If you’re looking at a property within an AONB or a national park, here’s what you’ll need to know.

What are national parks and AONBs?

Known as Britain’s breathing spaces, England’s ten national parks are in the most beautiful areas – including Exmoor, the New Forest and the Lake District. Although the land within them is mainly in private hands, they’re monitored and controlled by the authorities when it comes to planning and development matters.

The idea for national parks was proposed by the Labour Party after WWII and with the National Parks and Access to the Countryside Act (1949), the idea became law. The first three to be created in England, in 1951, were the Peak District, Dartmoor and the Lake District.

There are 38 AONBs in England and Wales, including the Cotswolds, the Chilterns and Chichester Harbour. They were proposed at the same time as the national parks, but as they’re smaller areas and don’t always include wilderness, they couldn’t be deemed as parks.

Is property within a national park or an AONB more expensive?

Almost always, so yes. A 2017 study by Lloyds Bank showed that properties in four of England’s national parks, including the South Downs and the New Forest, cost around £150,000 more than the regional average. The most expensive AONBs are the Surrey Hills and Chichester Harbour.

One advantage is that you’ll be buying in an area that’s unlikely to see much change, so your stunning views are probably there to stay. When it comes to your own planning permission, however, you’ll need the green light from the local authority or the Secretary of State.

Extensions and changes aren’t impossible in these areas, it’s just that you’ll have more hoops to jump through. If you’re extending or rebuilding an existing property, you’re more likely to get permission than if you’re building an entirely new home. You’ll have even more chance if your designs and materials are in keeping with the surroundings.