Home | News | Do You Need a Water Softener?

Do You Need a Water Softener? 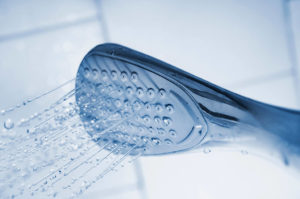 If you live in the southern areas of the UK then you almost certainly will be in a hard water region. You’ll know if this is the case when water droplets dry and leave powdery mineral residues on your mirrors, draining boards and bathroom fittings.

When they’re visible they’re unsightly, but it’s the damage these mineral deposits do to appliances like washing machines, dishwashers andboilers that’s the real – and invisible – problem. A build-up of limescale can reduce the efficiency of your boiler and even cause breakdowns, as well as shortening the life of your washing or dishwasher.

A woman’s worth of minerals

Around 15 million homes in the UK are supplied with hard water and the amount of water that the average UK family uses in a year contains an amazing 70kg of limescale minerals. That’s the weight of the average UK adult woman!

How will a water softener help?

Even though more than half of the UK’s homes use hard water, only 3% or so have a water softener installed. They’re initially expensive, and then cost around £2 per month per person in block salt, but they can save you money in the long run.

Even a small build-up of scale can reduce the efficiency of your boiler by up to 12% and it can also damage pipes, taps and the internal mechanisms of other appliances. Even smaller appliances like kettles, coffee machines and irons can suffer.

You’ll also find that you use much less detergent in the bath and shower, as well as in your washing machine. Many people see an improvement in their skin condition after using softer water, partly because it’s softer and also because they can reduce the daily chemical load.

How do water softeners work?

Softener take out the calcium and magnesium from the water by passing the water through a cylinder filled with tiny, negatively-charged beads. These beads attract the positively-charged magnesium and calcium ions and trap them, before the water passes over the block salt to collect sodium ions, which don’t cause limescale.

Most water softeners can fit underneath a sink or in a cupboard and apart from flushing out the beads once they’re “full” and replacing the block salt once every few months, you don’t need to do much else. You won’t need to spend hours removing limescale from your chrome surfaces, either!