Do Estate Agents have Souls? 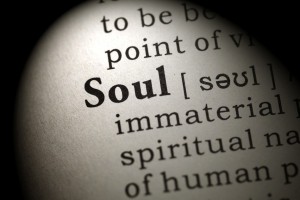 Do Estate Agents have Souls?

Ahh, the estate agent…the butt of many a cruel joke, the object of fire for stressed-out movers and the stand-in for those times when you can’t find a lawyer or a journalist to berate.

It’s not the most popular profession in the world, and estate agents don’t always cover themselves in glory, but are they just doing their job? Are they catering to the cut-throat tendencies of their clients? Or are they just money-grabbing instruments of the dark side?

Do estate agents have souls?

It’s a vexed question, as there’s still no scientific evidence for souls. However, if you were looking for the immaterial and immortal part of man, woman or animal, ask yourself: Would you start your search in an estate agent’s office?

On one hand we have the familiar horror stories. There’s the agents coming round to erect the “for sale” sign outside the house of a recently-deceased elderly man – while his family were inside holding his wake!

There’s the agency that marketed a lovely property boasting a spacious and quiet garden. The garden was never going to be noisy, as it was part of a cemetery. This vital point was excluded from the specs and landed the agents in hot water with the ombudsman.

There are some slightly more heart-warming anecdotes (phew) that don’t always make the news. There’s the young couple with a ten-week-old baby, let down by their removal company on December 23. One tearful phonecall from the new mum resulted in the agency office piling round to do some heavy lifting and driving to make sure that the family spent Christmas in their new gaff.

Another good sign is the fact that lots of them give generously to local charities. Yes, really. Whether it’s fun runs, putting themselves in the stocks at school fetes (huzzah) or by donating a slice of their profits, many agencies give back to their communities. Looking out for a charitable streak may be the evidence we need that at least some estate agents do have souls after all…