Home | News | Finding the Right Doer-upper For You?

Finding the Right Doer-upper For You? 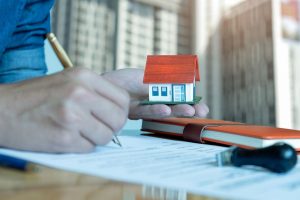 Many people look for the classic British “doer-upper” property (is there a more British expression?). These seekers usually have one of two aims in mind – doing up the pile to turn it into their forever family home or to sell it on for a big profit.

While many have dreams of doing-upping (ahem), not everyone manages it because it’s a serious project. Some places need structural work and others just need a good interior update. Not everyone can handle – or afford – the really long-term projects, but if you’re feeling doey-uppy (that’s enough), then you need to keep these things in mind.

You need to be absolutely clear on what your budget is before you even start looking. Don’t think about the bonus or pay rise you might get next year; just factor in what’s available now. There’s no point in buying a wreck on a maybe, because you won’t be able to afford to refurbish or rebuild it and you’ll probably have trouble selling it.

It’s not just what you have

It’s who you have. If you have friends and family who are great DIY-ers, then you could draft them in for the occasional day to do some plastering or sanding. Make a weekend of it, with beer and food, and have some fun.

When it comes to the serious stuff though, like identifying a supporting wall and lowering floors, you’ll need the professionals. When you go for your second viewing, it might be an idea to take a contractor with you to get some rough quotes. If it’s looking like it’s out of your budget, leave it.

If it looks like a good prospect, then work out what supplies you’ll need and always add a contingency amount or sum of money to the tune of 10% to your calculations.

Is it cosmetic or structural?

Some houses only need redecoration, new windows and a new kitchen and bathroom to do the job for you. Others, however, need a full-scale gutting and renovation.

If you’re aiming for just cosmetic changes, then you won’t turn such a big profit, but then you won’t be spending as much time or money as with a big renovation. If you don’t have the time, money or endurance for the whole shebang, then a slightly tired place that needs a spruce-up may be better for you.

The property gurus advise us to buy the worst house on the best street because if it’s in a nice area and you bring it up to standard, you’ll have no problems selling it when you’re finished. You’ll also sell it for more than you would if you bought a so-so house in a dodgy area. You might get the place cheaply, but chances are you won’t get much profit once you factor in the cost of the improvement work.

You might think that your lender’s valuation report is as good as a thorough survey, but it’s not. This is especially so when it comes to older properties, which may have structural problems, damp or even something like flying freehold. It might be best to use an independent surveyor who’s acting solely on your behalf so you know you’re getting fair and objective advice.