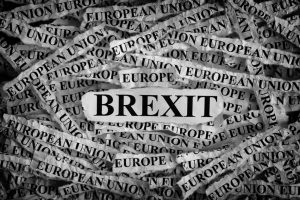 Recent figures from the UK’s National Association of Estate Agents (NAEA) reveal that the nation’s first-time buyers haven’t been affected by June’s shock referendum result and that they’re still planning to scale that vital first rung of the property ladder.

The NAEA’s June Housing Market Report – produced days after the June 23 vote for Brexit – showed that just over a quarter (28%) of UK estate agents saw any signs of uncertainty from first-time buyers. The shock result didn’t cause many sales to fall through, either.

Interestingly, 30% of June’s total house sales were to first-time buyers, which is the highest proportion recorded since October 2015. This is encouraging for any vendors with smaller properties or flats, as it seems that demand for first-time homes is still very high despite the atmosphere of political uncertainty.

Across the UK, most estate agents reported a rise in the number of house hunters that they registered. On average, each agency office had 330 prospective buyers registered, which was up from 304 in May – a rise of 9%.

House prices rose by 0.5% in July, despite fears of a sudden downturn. The average UK house was worth £205,715 in July, up from £204,968 in June. However, this value has a bit of a lag, as the figures are drawn from the mortgage offer stage, which in many cases will have happened before June 23.

Chances are that we won’t see the real effects of the referendum result until later in the year. We may have to wait until early next year, given the state of limbo the country finds itself in.

The long-term uncertainty may well cause a slowdown in the property market over the coming months. This doesn’t mean a downturn, though, because the same uncertainty may prevent vendors from going to market, maintaining the shortage in housing stock that has helped to keep prices at an all-time high.