Home | News | Flats Are Coming Up

Flats Are Coming Up 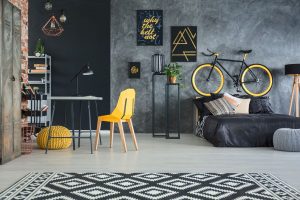 It’s not just about your area, it’s about the type of property you’re selling, too. Usually, it’s detached and semi-detached houses that sell at a premium, with terraces, bungalows and flats being a bit more affordable.

It seems, however, according to recent research by Halifax, that the prices of apartments in the UK are rising at a faster rate than all the other property types. The last five years has seen the average UK apartment rise in value by £1,251 each month, earning owners more than £75,000 since 2013.

Why are apartments growing on people?

Flats comprise just 15% of the UK’s property sales, but when it comes to city-dwellers and workers, they’re in high demand because space is at a premium and so, therefore are prices.

This move is reflected in the rise of apartment values by percentage between 2013 and 2018, with flats growing by 48%, compared to 42% for terraces and 27% for detached houses.

Demand is strong despite the economic climate

City centres outside London are holding firm when it comes to demand for flats, despite Brexit and all the other uncertainties. Both investors and owner-occupiers are looking for flats as they’re usually more affordable than houses and offer a good return of investment. The regional city centres are attractive to buyers and buy-to-let investors so demand for flats should remain buoyant.

Halifax’s house price index showed that prices rose by 1.5% in May 2018 after a bit of a dip in April. Continuing low interest rates and strong employment figures are helping out here.

Wages are also rising slightly after years of being in the doldrums, and this is combined with consumer goods falling in price slightly. Many people are feeling more secure and a bit richer so they’re ready to think about buying their first home, especially if a mortgage on a flat is cheaper than rent.

Demand is only going to grow