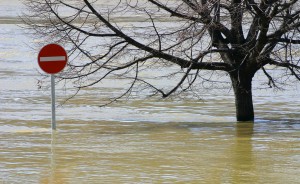 Housebuyers will soon routinely undertake flood searches on prospective purchases, according to conveyancing search company SearchFlow. The disastrous flooding in the North West of England last Christmas has prompted three quarters of the UK’s conveyancers to expect flood risk checks to become a standard search request.

While flood information is always offered during the conveyancing process, only one in five buyers opted for it in 2015. The recent floods, however, caused a 10% rise in flood searches in January alone, with this figure set to rise further as attitudes towards the risks of flooding change.

An end to inaction

Homeowners, vendors and buyers have been let down in the past by many industries, including the insurance and conveyancing sectors, as well as environmental bodies, when it comes to flooding. There has been little protection or advice on flooding for buyers, but now they’re being actively encouraged to assess the risks to their areas and their properties.

The more cautious buyers are right – flooding is devastating and many homeowners find their household insurance premiums, as well as their excesses, rocketing in price. That’s if they can get insurance against floods.

Residents of high flood risk areas will have some help from April 2016, with a government-backed flood insurance initiative – Flood Re. This scheme provides affordable flood insurance for high risk properties, with prices linked to council tax bands to help to keep premiums and excesses down.

Despite this new sense of vigilance, the chances of flooding remain relatively low in most of the UK at the moment, but buyers still need to take these risks into account, especially when looking for insurance or when thinking about installing flood defences.