For Sale – House with Aldi Annexe 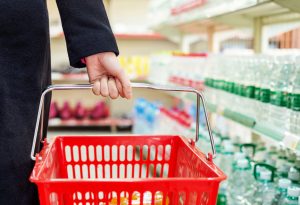 For Sale – House with Aldi Annexe

Estate agents have discovered a new thing – the Aldi Effect.

Aldi has taken the UK by storm in recent years, with crowds defecting from the Big Four supermarkets in search of lower grocery bills. This sudden love affair with the German giant has had an impact on property prices, says conveyance service My Home Move.

Of course the Waitrose Effect has been known about for years – properties close to a branch achieve higher selling prices – but it seems that a new Aldi in the neighbourhood adds £5,000 to local properties!

The chain is now the UK’s sixth largest supermarket and it will have opened 80 new branches across the UK by the end of 2016. It opened 11 stores between February and April, with almost all the locales seeing a sharp rise in property prices. Oxfordshire’s Chipping Norton, hardly cheap to start with, saw a rise of 133%! It’s not all about the Aldi here, though, as Chipping Norton has other things going for it, but as a third of homebuyers choose a new house according to local amenities, it certainly helped.

People are worried about the cost of living increasing, so the proximity of a cheap supermarket is a serious draw. House prices are on the up as well, of course so it’s doubly good news for anyone living near an Aldi!

Ten of the eleven locations, including South Ruislip, Poynton and of course Chipping Norton, saw rises, but Reading saw a drop. This may be because there are already three Aldis within two miles of the city, though.

Given time, the Aldi Effect could become the byword for up-and-coming areas, attractive to sensible buyers looking for reasonable rates!