Get Packing! Great Tips for Movers 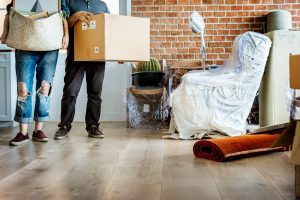 If there’s one thing that dampens the excitement of a house move for most people, it’s the prospect of All. That. Packing.

It’s grim, it’s dusty, it lasts forever and your back and hips feel like you’ve suddenly aged 40 years. It doesn’t have to be this way though as there are lots of handy shortcuts and hacks that you can employ to make the whole process easier.

Kill two birds with one stone

Or rather, wrap a fragile item in something soft that you also need to pack. Ahem. This means that you’re stowing away two things at the same time rather than wrapping the FI in newspaper and then finding a box for all your dishcloths. See; that’s some serious packing smarts right there.

Get rid of things

Not everything. Don’t set the place on fire and walk away, because someone’s just bought it from you. Think about it; the more things you get rid of, the fewer things you have to wrap and pack. You could even make some money out of this pre-move de-cluttering stint if you’re organised. At the very least, you’ll be clearing the path somewhat.

Make sure that no boxes weigh more than 13kg

That’s around 28.5lb in old money. It’s important you don’t injure your back by lugging boxes of books around, of course, but it’s doubly important that your removals guys don’t get hurt either because that’s their living. Boxes with heavy items in should always be smaller and well-labelled.

If you have a three-bedroomed house, you’ll need two months or so to completely pack up. Just aiming for a couple of boxes a day will make everything seem less torturous. Start off with things like out-of-season decorations, cooking equipment you only use once or twice a year, unseasonal clothes and old books.

Label each box with its theme and destination

You think you’ll remember that the box with the creased lid has all the board games in, but you won’t. The chances are, too, that there’ll be 15 more boxes with creased lids by the time you’re unpacking, so just spend a minute with a Sharpie after you’ve taped the (creased or un-creased) lid shut. This is a good task for children to undertake, especially if they’re worried about their toys.