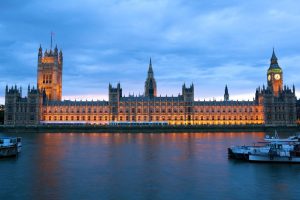 Property transactions are notoriously plagued by delays, hitches, gazumping and gazundering and, at worst, complete collapses.

The HomeOwners Alliance found recently that more than 300,000 property deals fall through each year and almost 70% of these failures are down to buyers pulling out.

Around a fifth of vendors have had their buyers pull out of the transaction and the usual reason is because they’ve found another property or they’ve simply changed their minds (39%). Sometimes it’s because they can’t get the finance (28%) and other times it’s due to a failure further up in the chain (20%). Gazundering is responsible for 8% of transaction failures.

The government is introducing new measures to reduce the number of failed property transactions, including introducing voluntary reservation agreements. These are legally-binding agreements that involve both buyer and seller placing non-refundable deposits at an early stage of the proceedings to show their commitment. This won’t prevent all sales falling through, but it will certainly discourage some people from just changing their minds or gazundering. Vendors will be more willing to accept offers from buyers if they feel more protected against time-wasters and gazundering.

Many sellers feel that buyers have all the power at the moment; they’re able to make a lower offer at a late stage, or just leave the process with no recourse on the part of the vendor. Naturally, vendors would like more reassurance.

More onus on the buyers

The HomeOwners Alliance found that 80% of the people it asked thought that buyers should have to show they have the funding before they put in an offer. Almost two-thirds of the respondents like the idea of the reservation agreement, too.

Of course, there are other factors that can bring down a sale, like chains breaking or a survey that reveals hitherto unknown problems, but these are seen as “fair” reasons and they don’t happen frequently enough to deter buyers or sellers.

Thankfully, only 6% of sales fail because the agent can’t find a buyer and a similarly low percentage fail because there’s a legal problem during conveyance. Most failures are down to entirely preventable issues –buyers deciding they don’t like the place that much after all or not sorting out their finances beforehand.

Having a voluntary reservation agreement won’t offer 100% security to vendors and sellers, but it will hugely reduce the incidences of time-wasting and also force buyers to get their financial ducks in a row before starting their search.