High Water’s a-Comin’ – How to Flood-proof Your House 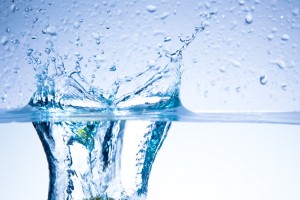 High Water’s a-Comin’ – How to Flood-proof Your House

Last year’s shocking floods in the North of England caused devastation and damage amounting to millions of pounds. It alerted everyone in the UK to the possibility of flooding in their region too, prompting many to look at safeguarding their homes against flooding before it happens.

In London, house-hunters are starting to ask about flood protection measures and this trend is likely to spread nationwide. So what can you do to protect your home against floods? It’s actually not as complicated or as expensive as you might think – costing from £2,000 to £7,000 for professionally-installed flood defences. If you can’t run to that immediately, though, there are cheaper measures you can take now that will ease your worries.

A lot of damage comes from flooded drains spewing dirty water into a house. This is easily – and cheaply – prevented by having non-return (one-way) valves. The hinged door only swings one way so water can’t come back in. This will cost between £40 and £150.

Another common problem in floods is water getting into electrical sockets. Rewire your house on the ground floor so that sockets are 150cm high. This also makes it easier to raise electrical appliances so they stay dry.

Ventilation bricks don’t just let air in, so replace them with vents with one-way valves. Many houses have these vents at the bottom of the property, so it’s a disaster waiting to happen.

Floodwater damages everything it touches and if you have valuable paperwork, photographs or artwork, or just important documents and passports, make sure they’re stored outside the home, or in fire and waterproof safes. These safes start at just £50.

These sensors alert you to moisture coming into your home. They work with an app, so you can be alerted even while you’re out and about so you can take action ASAP.