Home | News | How the Conservative Election Win Works for Sellers

How the Conservative Election Win Works for Sellers 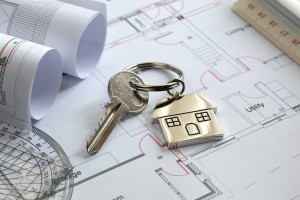 How the Conservative Election Win Works for Sellers

Love them or loathe them, the Conservatives are here to stay for the next five years at least. Although we’re waiting for news on policies, there are some that we already know about, and a few are of great interest to anyone involved in the property market. Whether you’re buying, selling or investing, the next five years don’t look too bad at all, wherever you are on the ladder.

There’ll be no “Mansion Tax” to discourage buyers

Labour promised it would levy a so-called “Mansion Tax” on properties worth more than £2,000,000. This tax would cost the owners of premium properties at least £1,800 each year, with the fees rising in line with the value of the property. The average annual fee would be around £4,500, which was putting many buyers, especially from overseas, off the idea of buying a larger house in the UK. A Conservative government means at least five more years without this extra expense.

Even before the votes had been counted, London estate agents were reporting a large increase in the number of calls from overseas buyers looking for a house or flat in the capital. As we all know, when it becomes a sellers’ market, the prices go up and so there’ll be many a vendor taking advantage of inflated sales over the next few months. If you’re thinking about selling, give your place the best makeover you can afford and get going, as you’ll almost certainly recoup your investment.

This huge spike is creating ripples

We know how the story goes – people buy small house in London in their late twenties, get their careers established, have a couple of children and then decide to leave the Big Smoke. They’ve often made a killing on their London property and so can afford to pay a bit extra for a place in the provinces. This raises prices outside London, especially in areas like Oxfordshire and Gloucestershire, which are proving popular with London escapees. Cheltenham in particular is experiencing a property boom and while it’s a bit further out than Oxford, its average house price is £30,000 to £40,000 cheaper. This means that anyone looking to escape to the country can ride the wave from London and end up sitting pretty in the Cotswolds.

Help to get onto the ladder

First-time buyers who’ve managed to cobble together a 5% deposit will get extra help from the government in the form of a five-year interest-free loan. The Help to Buy scheme offers new buyers up to 20% of the value of a new-build property. This scheme was set to be scrapped in 2016 but instead it will remain in place until 2020.