How Will the Interest Rate Rise Affect You? 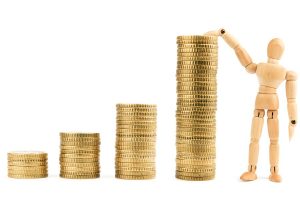 At the start of August, the Bank of England raised its base rate – for only the second time in a decade – from 0.5% to 0.75%. You’ll probably be wondering what effect this move will have on the property market and on your mortgage.

So, how will it affect me?

The good news is that it probably won’t affect you much. If you have a larger mortgage then you’re most likely on a fixed rate deal, so this increase won’t matter at all at first. The number of borrowers with variable mortgage has halved since 2001, from 70% to 35%, so that’s fewer people sweating!

I’m on a variable rate…

It’s good news for my savings, though, right?

Bizarrely enough, although banks apply rate rises to mortgages almost immediately, they seem a bit more reticent when it comes to raising savings… Most savings accounts have a rate of around 0.2% at the moment, and you can probably expect a rise to around 0.3% or 0.4%.

Will there be more interest rate rises?

Possibly, yes. However, the BoE governor has hinted that the next rise won’t be until 2019 at the earliest. It’s very unlikely that we’ll ever return to the days of 5% base rates – we will most probably slowly reach a new normal of 2%.

This could still make things tight for many households, though, as even £25 to £50 extra each month may be hard to accommodate. It seems, thankfully, that the BoE is unwilling to hike the rates too much or too rapidly unless absolutely necessary.

Should I opt for a long-term fixed rate mortgage?

How will the rise affect the property market?

The property market is slightly subdued in and around London, but it’s active in the regions and there’s nothing to suggest that this will change. This means that a 0.25% rate rise shouldn’t make too much of an impact, so we can expect price rises of around 2-3% nationally.