Home | News | How Will the Second Stamp Duty Change Affect You?

How Will the Second Stamp Duty Change Affect You? 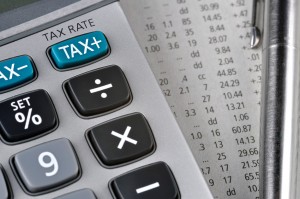 How Will the Second Stamp Duty Change Affect You?

Chancellor George Osborne pulled some surprise moves in his Autumn Statement. Perhaps the biggest shocker was the bombshell he dropped on buy-to-let landlords, who will face steep hikes in their tax bills that could eat into their profits. If this is a concern to you, read on.

What does the change entail?

Osborne has made some key changes to tax, all of which may make buy-to-let less comfortable.

The first change is a new surcharge applied to Stamp Duty. At present, people buying residential homes pay no Stamp Duty on the first £125,000, then there are four higher value thresholds, with the highest being 12 per cent on homes priced £1.5 million and over.

From April 2016, second homes or buy-to-let properties will be subject to a three per cent surcharge to the Stamp Duty. This surcharge also applies to buy-to-let homes worth less than £125,000.

These changes are, according to Osborne, designed to level the playing field between landlords and homebuyers. The Council Of Mortgage Lenders said in November 2015 that buy-to-let mortgage approvals had increased by 36 per cent on 2014, compared to a rise of just 10 per cent in residential mortgage approvals. However, many landlords believe that the extra charges and last July’s landlord tax relief cuts will simply mean higher rents and lower housing standards.