Home | News | How Your Home Could be Discouraging Second Viewings

How Your Home Could be Discouraging Second Viewings 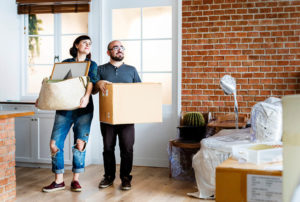 You take to the property market with high hopes, but if, after a few weeks, you’re not getting any second viewings, then you probably need to take a critical look at your property.

According to property market experts, there are several serious turn-offs for prospective buyers. Some can be remedied, but with others, you’ll just have to style it out. Take a look at the top eightardour dampeners.

This is a real bugbear, with many house-hunters citing a lack of traffic and transport noise as a must-have. If you’re near a motorway or under a flightpath, there’s not much you can do other than install double (or triple) glazing and plant a hedge as a sound baffle.

This is quite understandable, as people will feel uncomfortable and even unsafe in a dirty kitchen or bathroom. This is an easy fix if you know what you’re doing, so get busy with limescale remover, grout cleaner and some high-level elbow grease.

Weird plants in the garden

A slightly less obvious turn-off, but it can be a major one. If a viewer doesn’t recognise a plant, they might worry that it’s the dreaded Japanese knotweed, a very aggressive invasive species that can damage property foundations.

If it’s not knotweed, make sure people know this, even if it means printing out a side-by-side comparison. If it is knotweed, you must get it removed by a professional.

You, rather than the estate agent, holding the viewing

It used to be the norm, but buyers are becoming increasingly uncomfortable with the vendor showing them round, as they can’t relax, talk about how much they hate your colour scheme or ask you awkward questions. Even if you do go down this route, make it clear that the estate agent will conduct any second viewings.

Clutter prevents people from seeing your home in all its glory, they wonder what’s behind it, and they also think you’re careless and slobby (harsh but true). Piles of, well,stuff can also give the impression that there’s not enough storage space in the property.

Get rid of as much as possible, put the things you can’t part with in storage and please, do something with the Yorkshire-themed thimbles…

These may have all the rage in the 1980s, but; this was the 1980s. A pink toilet could end up knocking as much as £10,000 from your selling price, so do your best to replace your bathroom fittings with white ones. You can do this for under £1,000 and if you can, you really should.

Damp, the lingering scent of rancid cooking oil and teenage trainers can all contribute to create a miasma that, even if it’s not overpowering, can lead to a bad feeling. Once this feeling is there, you can’t turn it around, so air the place, chuck old trainers in the bin and deep clean the kitchen. Carpets can also harbour old smells, so hiring a carpet washer can’t hurt, either.

Speaking of asthma, having lots of cats or other small animals might put some people off, no matter how much they love pets. If you do have lots of pets, definitely deep clean the carpets and think about finding some of them temporary homes until you’re ready to move.