Home | News | Increase Your Asking Price by Adding a Driveway

Increase Your Asking Price by Adding a Driveway 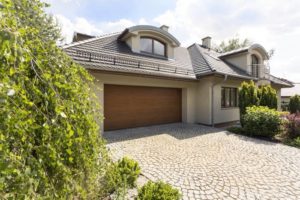 The number of cars in the UK has increased steadily since the end of World War II and while you tend to think of cars as existing solely on the roads, they actually spend more time parked. In order to park your car, you need somewhere to park it and as the number of cars has increased, on-road parking spaces have become harder to find.

When someone’s looking at a property, one of the first things they’ll think about is the parking situation.

Having no dedicated parking space can deter buyers

If a potential buyer has to park their car a street or two away from the property, it can be a dealbreaker. Insurers don’t like it too much either, and will often offer discounts for cars parked off the street as they’re less likely to suffer dings from passing vehicles. A driveway can be a great investment and a great incentive to buyers.

The cost of installing a driveway in the UK

The individual price of your driveway will depend on where you are in the UK, as well as the materials you choose and, of course, the size of the driveway itself.

What sort of returns can you expect on your investment?

It’s important to consider how much of a return you’ll get on the money you spend on your driveway before you spend it. You need to think about whether most of the other houses in your postcode have driveways, as you not having one could disadvantage you. On the other hand, if they don’t all have driveways, you’ll be doing yourself a big favour as you’ll stand out more.

There’s no one answer to the question of how much your ROI will be with a driveway. If your property doesn’t have a lot going for it in other ways, then a driveway won’t be able to work miracles. You could, if everything else is in your favour, increase your asking price by up to 10% by adding a driveway or parking bay.

The average house price around Cheltenham is just under £350,000 at the moment, so in theory you could increase your asking price by £35,000 or more by building a driveway.

However, every postcode and property combination has a price ceiling and so if you’re almost at that ceiling, you’re unlikely to take your price much above it, so consider this in your calculations.