Home | News | Is a Flying Freehold as Strange as it Sounds?

Is a Flying Freehold as Strange as it Sounds? 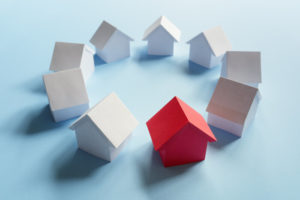 It sounds exotic and, from some angles, a bit like a wrestling term, but a flying freehold is usually fairly straightforward. Except, that is, for those occasions when it’s anything but straightforward. Each flying freehold is different and you’ll almost certainly need advice and guidance from an experienced surveyor and property lawyer if you’re planning to buy a home with one.

Exactly what is a flying freehold?

The definition is quite simple – a flying freehold occurs when part of one property overhangs or lies beneath another person’s freehold property. Despite the ‘flying’ bit, the relevant part of the property doesn’t need to be above the other.

A flying freehold can occur in a number of ways, including:

Flying freeholds can, as you see, come in many forms. In most cases, the flying part of the freehold is tiny and many people can be unaware of its existence until they’re looking to sell, buy or remortgage.

What are potential flying freehold problems?

Conveyancing solicitors often break out into hives at the mere mention of flying freeholds, as they can be legally tricky. The main issue is the lack of positive covenant enforcement that the freeholders have over each other.

In layman’s terms this means that one freeholder could allow their flying freehold to fall into disrepair, which then causes water damage to the building below (which is owned by the other freeholder). There may also be issues around allowing access for builders or electricians, or a plain refusal to contribute to the costs of joint repairs.

In most cases, these issues simply don’t arise, but they sometimes do (we did say flying freeholds could be a bit strange), which is why surveyors, lenders and solicitors can get a little nervous around them.

Are they worrying over nothing?

In short, probably. However, when issues do crop up, they’re usually tricky and serious. For example, the freeholder who doesn’t repair their overhanging flying freehold and therefore causes constant leaks and water damage to the property below.

In most scenarios, both freeholders will want to keep their own homes intact for their own good, so neither has to worry about the other. However, human nature is almost as strange as the stranger flying freeholds, so every now and then, you might find someone who neglects their own roof or cellar out of spite. This is when the lack of positive enforcement covenant comes in to make the day worse.

Will a flying freehold affect a mortgage?

As you’ve probably guessed – sometimes. Many lenders won’t touch flying freeholds, while others will consider them in some circumstances or will only lend up to a certain amount.

Very often, lenders stipulate that the flying element of the property must be less than a predetermined percentage of the overall property. This is why you need an experienced surveyor and be willing to be 100% honest with your lender.

Is there anything else to think about?

If you’re still thinking about buying a property with flying freehold (and you’re probably right to…) you should also think about specialist insurance – flying freehold indemnity insurance. It’ll probably cost a few hundred pounds, but it’ll give you and your mortgage provider peace of mind.

This type of cover protects you if you have difficulties with your neighbours and will cover any losses or expenses you may face when it comes to repairs or renovations. It won’t change your deeds or force the neighbour into doing any work to their part of the property to protect yours against future damage, however, so do bear this in mind.