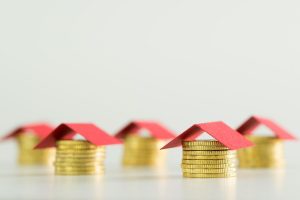 Some areas of the UK have seen slight falls in property values and almost all of the UK is feeling uncertain about Brexit, so it’s only natural to assume that confidence in the property market is low.

That assumption would be wrong, though, according to Zoopla’s Housing Market Sentiment Survey. The nationwide property portal found that 84% of the UK’s homeowners still expect property prices in their areas to grow over the next six months. This figure is up from just 70% in November 2017.

What’s more encouraging is that people also expected prices to grow more – 6.9% compared to just 4.9% back in November. This optimism is the highest since early 2016.

The UK’s most optimistic homeowners are in the East Midlands, where 93% of people expect value increases. Next comes the East of England, with 90% of homeowners feeling they’re on the up. The Southwest is a shade behind, with 89% feeling chipper.

It’s in the West Midlands where people are expecting the biggest rises, with some predicting rises of 10.6% by the end of 2018. Last November they were expecting growth of just 5.4%.

The North East is the least optimistic, with people expecting growth of just 2.6%, but at least they are expecting rises – prices are going in the right direction.

A return to form

The results of this latest survey show the biggest bounce-back of consumer confidence since 2006 and it may be linked to the increasing numbers of movers. It’s something of a self-sustaining cycle as buoyant prices and rapid movement persuade uncertain buyers and sellers to take the plunge.

Despite talk of doom and gloom and property price crashes, these disasters don’t seem to be materialising just yet. In fact, there hasn’t really been so much as a stall in property prices in most regions of the UK. If you’re thinking of going to market, it’s a great time, so what are you waiting for?