Let’s Hear it for New Builds 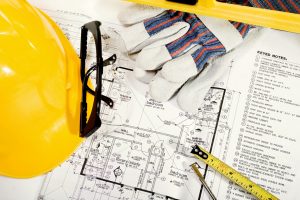 Let’s Hear it for New Builds

While many of us dream of living in a quaint old stone cottage or ever-so-slightly-tired-looking Georgian pile, just as many of us are coming round to the benefits a new build property can offer.

Of course new builds have their critics, who claim that these modern properties are faceless and poorly-constructed, or that they’re too small and are often located in areas with poor amenities. This simply isn’t true in most cases, however, and buying a new build has a lot of advantages that older properties can’t compete with.

Anyone who’s thought about buying an older property, or who has actually done it will have grimaced at the survey report. Period properties sometimes have structures or dimensions that just wouldn’t get past modern fire and safety regs and buyers may end up having to renovate in order to sell. In some cases, mortgage lenders won’t consider an application until work is completed. New builds just don’t have this problem. In addition, they’re covered by the 10-year National House Building Council warranty.

New builds are a valuable first step on the ladder

Many first-time buyers start out in new builds just outside of the town or city they grew up in. Housing projects offer young professionals and families alike an affordable home to start off in. Usually the value of the property rises, helping the owners move onto somewhere bigger. Another benefit of a new build estate is that it brings together lots of people at the same stage in their lives.

If someone buys a new build off-plan, which means before it’s built, they can ask for a customised layout – down to the number and position of plug sockets! Not only does buying off-plan offer more say in the look of the house, it also works out cheaper as developers want to populate their projects early to encourage more buyers later on.