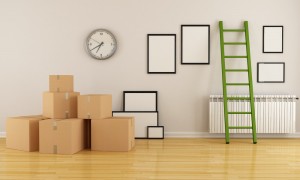 Charlton Kings is a village that lies along the London Road to the south east of Cheltenham. It was incorporated into the Cheltenham Borough in 1974 but was founded centuries ago and the village has been inhabited since the Iron Age. It’s one of Cheltenham’s largest suburbs, with a population of more than 10,000.

Charlton Kings is centred around a medieval church, which is surrounded by lots of typically Cotswold-looking houses and pubs. Further out from the centre, shoppers will enjoy London Road, as it sports a large number of independent shops, cafes and restaurants. London Road also has a pharmacy and an optician, as well as a couple of hairdressers and antique shops. There’s even a tandoori restaurant so there’s almost no need to head into the bright lights of downtown Cheltenham!

Get away from it all

Even for a suburb, Charlton Kings has undiscovered areas – the lower end of Bafford Lane and Lilly Brook is a little valley which lets residents get away from it all. This area has lots of narrow lanes and dates back to the 14th century, so a wander through this hidden sanctuary is a step back in time. Cheltenham Borough Council has designated it as a Conservation Area so that it stays just as it is.

For those wanting a quick route into the town, Charlton Kings has an easy cycle path into Cheltenham which goes through Cox’s Meadow. The meadow, which has recently undergone redevelopment and landscaping, takes cyclists into Sandford Park, which is flanked by the River Chelt. This makes for perfect bike rides and picnics during the spring and summer.

Parents will be pleased to know that the three state schools serving the area – Charlton Kings Infants’ School and Junior School, as well as Balcarras School (comprehensive), are all rated outstanding by Ofsted and highly regarded by parents and pupils alike.

Charlton Kings has proved popular throughout the ages, with a Roman villa being excavated in 1980. The name itself dates back to Anglo-Saxon times and its main church, St Mary’s, was dedicated in 1190. Just over the road from the church is the original stocks used to punish ne’er do wells in Cheltenham centre.

Property in Charlton Kings ranges from affordable flats and duplexes at £200,000-and-up to five or six-bedroom houses (new and old) at £800,000 and upwards. Houses and flats move fast in this area, and so it’s also worth investigating the other areas in the GL53 postcode, as there are some very attractively-priced flats and two-to-three bedroom houses.