Let’s Think About Moving to Cheltenham 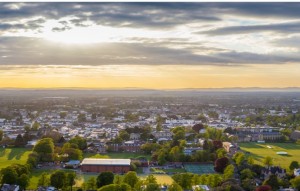 Let’s Think About Moving to Cheltenham

Cheltenham started out in 1226 when it was granted a market charter, although it was mentioned, as Cheltingham, in the Doomsday Book and has been inhabited since Saxon times. In 1716 its now-famous mineral springs were discovered, when pigeons were seen to be pecking at salt crystals, and the town’s fortunes really took off, with the spa attracting visitors from far and wide. When King George III visited in 1788, Cheltenham was placed well and truly on the map. It was this period of prosperity that has given us Cheltenham’s famous Regency architecture, squares and terraces, as well as its public parks.

The town is on the edge of the Cotswolds, just under a hundred miles from London, so although the scenery is far removed from the urban grime of the Big Smoke, you’re not. There are good train and bus links to nearby towns and cities in all directions, with London being just a couple of hours away. There’s also Oxford, just over an hour away, as well as Bristol and Bath.

Cheltenham’s spring waters are still available if you visit the Pitville Pump Room, and once you’ve rehydrated you can take a stroll down the town’s Promenade, which is regarded as one of the UK’s most beautiful streets, lined as it is with trees, shops and cafes.

A fun place to live

The town is world-famous for its festivals, with people descending on it for its international music, literature, science and horse racing festivals. The Gold Cup National Hunt Festival, which happens every March at Prestbury Park, is especially well known worldwide.

Of course you don’t move to a town or city just to party – you need jobs and schools and Cheltenham offers lots of choice here. Cheltenham Ladies’ College, Dean Close and Cheltenham College are just three examples of well-regarded private schools. State schools are of a high standard as well.

The end of the Second World War meant an upswing in Cheltenham’s fortunes, with the establishment of GCHQ – the Government Communications Headquarters. This surveillance centre is world-famous and employs more than 5,000 people. Cheltenham is also home to several other large employers, like Endsleigh Insurance and Spirax Sarco.

Property buyers are spoilt for choice in terms of the types of homes available in Cheltenham. You have one-bedroomed or studio flats in the centre, as well as three or four-storey town houses – new and old – as well as chocolate box thatched houses further out from town. The average price of a property in Cheltenham is £250,000, with many places coming in quite a way below this, which is handy for first-time buyers.