How Much Could an Extra Bathroom Add to Your Property Value 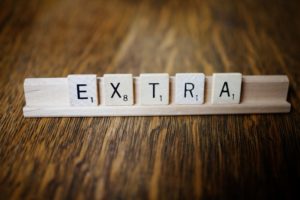 When it comes to adding value to your property, your first thought might be an extension, a loft conversion or a new kitchen. You might not think, however, about adding a second bathroom and you’re less likely to think about adding a third.

You could well be missing a trick, because these days, many buyers are looking for at least two bathrooms. If you can offer this, then you’re more likely to attract interest and, even better, command a higher asking price. More than 70% of the UK’s estate agents believe that additional bathrooms help to sell properties.

What are the benefits of an extra bathroom?

Of course, each property will vary according to its overall state and location, but Direct Line Insurance’s recent study showed that an additional bathroom bumped up the value of properties by an average of £12,000. Given that the national house price average is £248,000, you’re looking at adding 5% to your asking price.

Even if you’re in an area of relatively high prices – the average price in Cheltenham is £349,000 – you’ll probably still make a profit as it can cost as little as £4,500 to add a second or third bathroom.

The ideal ratio of bathrooms to bedrooms is one-to-one, but not every property can accommodate this. However, it’s likely that a four-bedroomed house with only one bathroom will struggle to sell, so it’s about striking a balance. Some buyers might prefer that third or fourth restroom to be an office or pantry, for example.

En-suite bathrooms used to be the preserve of big old country houses rather than semi-detached or townhouses. Now, especially at the pricier end of the market, at least one en-suite is expected, by both buyers and agents.

Does the extra bathroom need an actual bath?

If you don’t have a huge amount of space free, then a shower room with a sink and toilet will also work well. Younger buyers in particular like to start off with a quick wake-up shower rather than a bath.

In larger properties, you could fit in two bathrooms and one shower room quite easily. In smaller properties – terraced and semi-detached houses – you might be better off with a smaller shower room or just a handbasin and toilet combo.

You’ll have to work with the space you have and concentrate on making your existing bathroom as luxurious and as functional as you can. Consider an overhaul so that you can offer buyers modern facilities like a whirlpool bath, or a double sink to reduce those early morning toothbrush and contact lens queues.