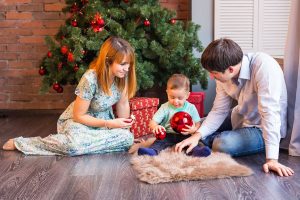 House prices in the UK grew at their slowest rate since December 2012 as people are deciding to play it safe until there’s more clarity over Brexit. According to the Halifax house price index, property prices rose by 0.3% from November 2017 to November 2018. It’s a rise, admittedly, but much slower than the 1.5% seen from October 2017 to October 2018.

The average price of a home in the UK was £224,578 in November, 1.4% lower than in October. It seems that, despite unemployment being at a 40-year low and wages finally set to rise faster than inflation, uncertainty over the UK’s departure from the European Union is making would-be buyers and sellers more cautious than usual.

It’s less likely now that the UK will suffer a catastrophic no-deal scenario, which could see property prices plunge by 30%, but movement in London and the south east of England is stifled, with fewer transactions taking place.

Economists are predicting higher borrowing costs after Brexit even if there’s an orderly exit and transition period.

Could it be a good thing?

One factor that’s contributed to the steep rises in property prices is the lack of new housing supply. The influx of international property investors, particularly in London and the south east, has also boosted values in these regions.

If the government plans to build 300,000 new homes comes to fruition, combined with fewer international investors choosing to come to the UK, then this market slowdown could end in the next couple of years.

At present, people are paying almost 10 times their annual salary to buy a new home in England and Wales, whereas in 1997 it was just 4.6 times their salary. Economists aren’t predicting that price rises will speed up again in 2019, instead they believe they’ll find a healthier balance.

This balance will be especially important in London and the south east – the UK’s least-affordable regions – with commuter belt prices falling by 2% or so. This slight fall may well stimulate first-timers, who’ve been saving and waiting, to take the plunge and put that deposit down.