Home | News | All You Need to Know About Legionella

All You Need to Know About Legionella 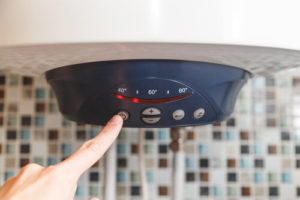 Legionella pneumophilia is a bacterium that thrives in standing, dirty water with a consistent temperature of between 20C and 45C. If the bacteria are inhaled, due to water vapour emanating from the water source, then the person can develop legionnaire’s disease, which is a dangerous type of pneumonia. If someone is elderly or immunocompromised, legionnaire’s disease can be fatal.

It’s rare, but you still have a duty to prevent it

Last year there were just 500 cases of legionnaire’s disease in England and Wales, out of a population of 59 million. Around half of these cases were among people who caught it while abroad and the other half occurred in community settings like aged care homes.

This means that the chances of your tenants contracting legionnaire’s disease are very small indeed, but you still have a legal obligation according to the Health and Safety Executive. You need to make sure that your water system doesn’t prevent a threat to your tenants and if there are concerns, you must deal with them.

You can either assess your water system yourself or have an independent assessment done to make sure the Legionella pneumophilia bacteria are absent and that there’s not much risk of it appearing and multiplying in your property.

How to minimise the risk in your rental property

If your property is occupied there’s little chance of the bacteria multiplying to meaningful numbers in standing water because the water is used regularly. If you have an electric shower or a combination boiler this risk is even lower because you’re not storing water anywhere.

– flush out the water system between tenancies;

– flush toilets once a week during void periods;

– prevent debris and dirt entering the system by making sure that cold water tanks have close-fitting lids, for example;

– if you have a hot water cylinder, set the temperature to at least 50C, and

– take out any redundant pipework.

Your tenants can also clean and disinfect showerheads regularly, keep the temperature on the water heater tank (if there is one) high enough to kill any bugs and let you know if there’s any problems with the water system.