Home | News | What You Need to Know About Radon Gas

What You Need to Know About Radon Gas 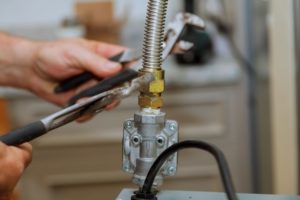 Buying a new property can be daunting at the best of times, but if you find that your new home is in a radon-affected area then this can add more complications to the process.

You may be told by the estate agent or vendor that the property is in a so-called radon gas postcode, or you might find out yourself by visiting www.ukradon.org to see if it’s in a radon area.

Radon is a colourless, odourless and tasteless gas. It’s also radioactive and so it’s very important to find out whether it’s in or around a property that you’ll be living in. As radon is tasteless, odourless and invisible, you need specialist equipment to detect it.

The gas occurs naturally all over the world and has been present for millions of years, but some parts of the UK have more than others. Levels of radon in the air are very low indeed, but levels can build up inside buildings over time.

Is buying in a radon postcode a problem?

Large areas of the UK are considered to be radon-affected, but this isn’t necessarily a dealbreaker. The radon postcode map gives an estimation of how likely it is your property will be affected by the gas rather than a real figure, so even if the estimation of risk seems high, you should investigate further rather than backing out.

The levels of radon in an individual building are influenced not just by geology, but also by how the building is constructed, as well as how it’s heated and ventilated.

If you’re worried, have a radon gas test

If you see that the property has a relatively high risk of radon, then you should have a test. These tests take place over three months to determine seasonal variations and to more accurately assess your long-term risks. Most often, the sampling is done in bedrooms and living rooms, where people spend most of their time.

You might find that the vendors already have had a test and they should be willing to share the results with you. If this isn’t available or possible, then a ten-day “snapshot” test can tell you if you need more testing.

Ask about a “radon bond”

If you decide to have a three-month test then both solicitors (yours and the vendors’) can agree to a bond. This involves retaining a small amount of money from the purchase price while testing is completed. Both parties have to agree on the amount and the process. For example, if some work needs to be done to reduce the radon levels, this is paid for with some or all of the money in the bond. If the radon levels aren’t problematic, then the sum of money is released to the seller on completion.

What can be done to reduce radon levels in a property?

There are two main ways of reducing the levels of radon inside a building. You can install either a radon sump or a positive pressure (ventilation) system.

Both of these solutions are fairly cheap, around £1,500 to £2,000, and can be installed within a day or two, so there’s no serious disruption.

Is there a safe level of radon?

There’s no “safe” level of radon, but the lower the level, the less your risk of lung cancer. The average building in the UK has radon levels of around 20 Becquerels (Bq/m3) per cubic metre, with background levels being around 4 Bq/m3. Levels of 100 Bq/m3 and over are deemed to be unacceptably high and in need of remediation work like a sump or vent.