Home | News | Now is a Good Time to Buy in Europe

Now is a Good Time to Buy in Europe 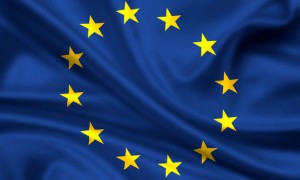 Now is a Good Time to Buy in Europe

To make things even better, property prices in some parts of Europe have fallen since the recession, and so many people are now thinking seriously of buying a place in the sun.

After six years of stagnation in the property market, more and more places are coming onto the market and in many areas – Umbria and Dordogne, for example – prices are more than a third lower than they were in 2008-2009.

However, with increased demand comes increased prices, so the end of 2015 and the beginning of 2016 might see a rise in prices, as well as competition to bag the best pads.

If you’re serious about buying property in Europe, you need to move fast and here are the hotspots:

France is very amenable to bargain hunters, with mortgage rates starting at their lowest in 60 years – 2.2 per cent. Additionally, lots of prices have stalled at 2007 levels.

However, the French economy is taking a long time to recover and this may see property prices stagnating or even falling for a while before they pick up.

You can pick up three-bedroomed villas for around £75-80,000 in some parts of Spain and mortgage rates have fallen, making it an attractive place indeed.

Just like France, though, Spain’s economy is sluggish the Spanish government may start imposing new taxes on foreign property buyers, so move fast if you’re going to.

Another thing to consider is all the properties that were built illegally during the boom years – they’re waiting for the bulldozers – so make sure you’re not buying one! Safer areas include Madrid and Barcelona, as well as Ibiza and Marbella, which are set to outperform the national housing market.

In Italy the market is still struggling, but experts think that the property market has bottomed out and will soon start rising again, so interested buyers need to get moving. They also need to be aware that it can be difficult for foreign buyers to get mortgages in Italy.

Right now, prices are just two thirds of their 2007 levels, with three-bedroomed villas going for around £200,000. Anyone buying now should look at their Italian property as a long-term interest as it’ll be a few years until prices rise enough to guarantee a decent return of investment.