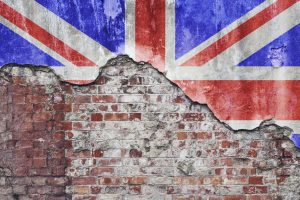 New research has revealed that British homeowners stay in properties they’re not happy in for, on average, 14 months before deciding to move. One in ten homeowners said they’d stayed put for more than three years before moving.

The survey, carried out by an online estate agent, discovered the biggest reasons for this stagnation. More than a quarter (27%) couldn’t afford the moving costs, with 25% waiting until they’d saved up a big enough deposit. 22% couldn’t face the hassle and wrench of a house move.

Good friends proved to be a tie, with 18% of survey respondents unwilling to leave them behind in a hurry. Good neighbours were a similar factor, with 15% of homeowners not wanting to leave them. Family accounted for 14% of the procrastinators and 13% were stuck because they couldn’t sell.

Once homeowners have made the decision to move, the time in between deciding and actually moving can be fraught with anxiety, with 30% of movers claiming the process made them nervous and unhappy. Just over a quarter said it made them happy and excited about a new start.

The top three reasons for moving were finding the old property too small (29%); being unhappy in the area (20%), and finding the garden too small (17%). Other things that made homeowners restless included disputes with or not getting on with the neighbours (16%), lack of parking (13%) and being too far away from work (11%).

Sometimes people were forced to move when they didn’t want to. 31% of people moved out or sold up when a relationship or marriage ended (23%), or when they had to move for work (22%). Some indulgent types (20%) moved because their partner wanted to move.

Thankfully, however, three quarters of Brits find happiness eventually, as this proportion of survey respondents said they were happy in their present home.