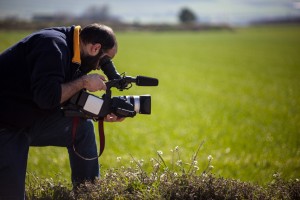 You might think that to serve as a film location your home needs to be a three-storey mansion or a swish apartment in a futuristic block. You’d be wrong, however, as TV and film companies are always looking for humble three-bed semis, council flats and terraced houses to work in.

Admittedly, the cramped council flat in Toxteth probably won’t get as much work as the picturesque and spacious cottage in Surrey, but you never know. Making a success out of hiring your place to film crews is as much about your attitude as it is about bricks and mortar.

What are film companies looking for?

Ultimately, they’re looking for a property that fits the description in the script. However, you’ll have a head start on all the other slightly tired three-bedroomed suburban semis if:

Other factors that film and TV companies look for are film-friendly local authorities, so that parking restrictions and similar considerations can be waived. Filming involves a lot of vehicles – maybe even cranes – and there has to be easy access to the inside and outside of your property.

Companies will also look well upon you and your home if you let them use your kitchen to make tea, coffee and snacks, as it’s hungry and thirsty work, filming. Go the extra mile and you could see your place earning you up to £2,500 per day!