Home | News | Resident Evil? How to Sell a House With a Murky Past

Resident Evil? How to Sell a House With a Murky Past 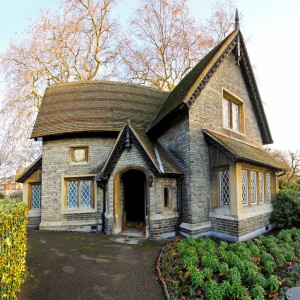 Resident Evil? How to Sell a House With a Murky Past

Some addresses are lodged in the British psyche – 10 Rillington Place, where John Christie lured women in before gassing them to death, and 23D Cranley Gardens where loner Dennis Nilsen murdered several young men, for example. Rillington Place was demolished in the early 1970s, but Nilsen’s top floor flat recently sold for £350,000, making a developer £100,000 in under a year.

Why is there such a big difference in the fates of these properties? Rillington Place was demolished during London slum clearances, whereas Cranley Gardens is in up-and-coming Muswell Hill.

It’s possible people are prepared to overlook horrific events in a property’s past to snag a bargain in a desirable area, but are estate agents morally bound to declare past murders or suicides? What if the place used to be a notorious brothel, or was home to an infamous criminal?

Whatever water’s under the bridge, it’s always best to let potential buyers know about it. Chances are, if a place is an ex-brothel, most people will find it amusing or salacious. If a buyer is new to the UK, they may know about long-ago murders but not have the same visceral reaction as the locals who were bombarded with media coverage.

The nuts and bolts

There are also practical measures agents and vendors can take to sell a “murky” house. One problem with notorious properties is that the grainy black and white photos of the frontage stick in people’s memories. It’s therefore a good idea to give the outside a makeover.

One thing not to do, however, is change the address. People will only ask why it’s different and then the cat’s out of the bag despite efforts to hide it!

If a house just isn’t shifting, rent it out for a few years until the memories fade and the asking price looks a bit brighter. It seems there’s a definite pattern to the fall and rise of a house price after a negative event.