Home | News | What Could Rishi Sunak’s Stamp Duty Holiday Mean for You?

What Could Rishi Sunak’s Stamp Duty Holiday Mean for You? 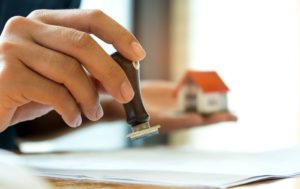 Last month Chancellor Rishi Sunak announced a big stamp duty cut aimed at revitalising the housing market. Sunak raised the stamp duty threshold from £125,000 to £500,000 in England and Northern Ireland. The holiday started in July and will run until March 31 2021.

Almost 90% of property transactions will escape this duty, with the bills on properties still eligible falling by an average of £4,500 nationally. The south east and London could see reductions of up to £14,999.

These changes could encourage buyers to take the plunge a little sooner, as well as free up some money to spend on improvements.

Here’s what the stamp duty holiday could mean for you

The current rates of stamp duty are:

There are already some exemptions in place. For example, first-time buyers don’t have to pay stamp duty on the first £300,000 as long as the property doesn’t cost over £500,000.

The holiday should revive the housing market

The coronavirus pandemic and the attendant restrictions on viewings and removals had a large impact on the property sector. There were projections of a year-on-year halving of property transactions in April 2020, leading to calls for a stamp duty holiday to encourage movers. The fact that the holiday ends next March could well act as a spur to some house hunters.

The saved money may go to other sectors

When you’re budgeting to buy a new home, some of your money may well be earmarked for improvements, especially if you’re buying a doer-upper. If you save, for example, £5,500 on your stamp duty, then you could improve the bathroom as well as the kitchen. This makes your life easier and also boosts the income of a local plumber.

Who’ll benefit most from the stamp duty holiday?

Developers and estate agents will benefit from the uptick in interest and transactions, obviously, but first-time buyers and buyers at the lower end of the market and in cheaper areas will also feel it.

There’s a wide range of average property price around the country, so much so that property buyers in the south east and London paid more than 70% of the nation’s stamp duty in the 2018-2019 period.

Most properties in London are priced way above the usual £125,000 (or £300,000 for first timers) threshold. Only 5% of property transactions in London and the south east didn’t attract stamp duty. In the north, more than 40% of transactions escaped the levy.

Buyers in the south east are set to benefit most

It’s the areas around London, the south Midlands and the Cotswolds that will see the biggest stamp duty savings, with up to 95% of the transactions there seeing no or very low stamp duty levy.