Home | News | Tired of London but Not Tired of Life

Tired of London but Not Tired of Life 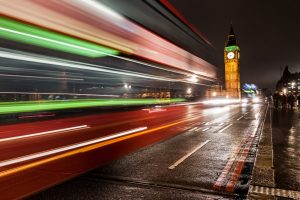 Tired of London but Not Tired of Life

It is possible to get tired of London and want a new sort of life, rather than giving up on it altogether! Lots of people who find London just too crowded or expensive swap their chaotic commute for a (nearly) pastoral idyll in the Home Counties and nearby areas like Cheltenham and Gloucester.

Back in 2014, almost three million Brits upped sticks and relocated to another area of the UK, and while people in their teens and 20s are likely to move to London (14% of 20-something movers head to The Big Smoke), the next decade sees them getting out of Dodge. This trend continues as people get older, too, with many UK residents shifting down a gear as they approach retirement.

When teenagers leave home they tend to congregate in the big cities, too – London, Manchester, Birmingham and Leeds.

Fast forward 15 years and they’re heading to the country – Hertfordshire, Essex, Kent, Hampshire and the Cotswolds. A significant proportion of people moving into these areas – up to 30% – were from London.

It seems that people make these moves to the Home Counties and the Cotswolds to get away from ever-increasing rents and mortgages, as well as longer commutes and overcrowding. They don’t, however, want to cut ties with London completely, staying a train ride away so they can buzz in to visit friends and family, shop or go to a show. Places like Cheltenham and Canterbury also have a lot to offer residents when it comes to culture and entertainment, so movers really can have the best of both worlds.

A lot of what drives these moving trends is family life. In 2014, women made up 52% of the nation’s house movers, with 2015 and 2016 pretty much the same. Women tend to move for work in their 20s and early 30s, while men are more likely to make a big move – possibly buying a house with a wife or partner – in their mid-to-late 30s.