Home | News | What Prompts Brits to Sell Up?

What Prompts Brits to Sell Up? 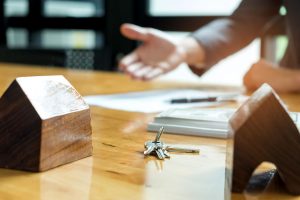 There are lots of factors that give UK homeowners itchy feet, but it seems that a major driver is envy, according to research by upholstery retailer Hillary’s. People can be so envious of friends’ and relatives’ homes that they decide to move to keep up with them.

If it’s not envy, it’s a search for more bedrooms, more living space and a lower-maintenance sort of gaff.

Hillary’s approached almost 2,500 UK adults who owned their home with a partner and asked them how they felt their place compared to those of their friends and family.

The biggest response, at 42% was people claiming they were happy with their home but felt it was still a work in progress. Just over a third (35%) said their place was exactly how they wanted it and 23% said it they still had a lot of work to do.

Ambitions, but no action

Even though the majority of respondents said they still had lots to do, only 21% were actually walking the walk. The people who weren’t getting on with improvements said that either a lack of money (46%) or a lack of inspiration (29%) was putting them off.

A huge 71% of the survey respondents said they envied their friends and family their possessions and interior décor. Looking at other peoples’ homes online and watching loved ones declutter or renovate were likely to provoke envy as well.

This can be a good motivator, though. If you see the results of your friends’ DIY efforts then it can spur you on and give you ideas. Similarly, browsing a property portal can make you want to move, especially if you’re looking at bigger places.

For one in eight, 12%, of the survey respondents, that feeling of envy caused them to actually take the plunge and put their home on the market. Most often, this happened within six months of the envy setting in.

Envy isn’t a great emotion most of the time, but in this case, if it forces people to improve or change their home, it can work out well for everyone involved.