What the First Half of 2017 Has in Store 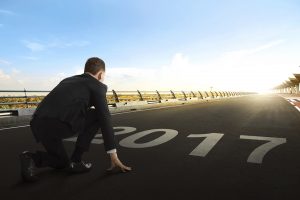 After 2016, no-one really wants to make any firm predictions about…well, anything, as anything could happen in the next 12 months! There are a few things that we know are definitely on the way, however, in the first half of 2017, so let’s take a look.

The UK’s government looks set to invoke Article 50 of the Lisbon Treaty sometime in March 2017 and this starts the process of negotiation for the UK to leave the European Union.

This could cause some short-term uncertainty in the housing market, but as with the referendum result last June, things should stabilise. We probably won’t see the true effects of Brexit for a few years. Chances are, though, that the market will remain fairly robust.

This month will be busy legislation-wise. The government is starting a three-year initiative to cut the tax relief on buy-to-let mortgage payments. This will mean that landlords won’t be able to get tax relief on mortgage interest payments at marginal rates; they’ll have to claim tax relief at the basic rate of 20%. Landlords who only pay basic tax will be unaffected, but higher-rate and top-rate taxpayers will see their profits fall.

Some people will be quite badly affected, especially BTL landlords with larger mortgages in lower-rent areas. Some landlords have been switching to lower interest rate deals in anticipation of the drop in income while others are quite unmoved.

April is also the month in which the Lifetime ISA makes its debut. This ISA is one of former Chancellor George Osborne’s initiatives and aims to help younger people get onto the property ladder. Savers will be able to deposit up to £4,000 a year into this ISA and at the end of each tax year they’ll receive a 25% bonus from the government. It’s expected to be popular, but it’s still to be seen how successful it will be.

The Crossrail, or the Elizabeth Line, opens this month between Liverpool Street in London and Shenfield. The remaining sections of this rail line will open over the next two years and the anticipation of this new transport link has already boosted house prices and demand in these areas. This effect is expected to last, too.

The new lines will reduce commute times from Essex and Berkshire into London, so the housing market is expected to be buoyant for the foreseeable, making this area a good investment location indeed.

Copyright for the image within this blog post is owned by ‘leolintang’, and has been licenced for use on this blog post through Big Stock Photo (stock photo ID: 154162211). For questions relating to this image please contact the copyright owner directly.