What to Do if There’s Bats in Your Belfry 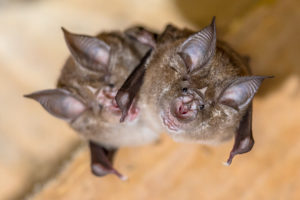 If you’ve found your dream home and you’re all excited about getting the buying process started, you might feel somewhat horror-stricken by the realisation that you won’t be alone in the new place. Yes, you have bats in your belfry. Or, rather more likely, in your roof.

You can’t remove them yourself

In the UK, bats are actually an endangered and protected species. If you try to remove the bats, harm them or block the access to their roost (which is also, incidentally, your roof or attic) then you’re breaking the law.

What can you do?

Despite all the dodgy 1980s horror flicks you’ve seen over the years, you don’t have to do anything and you don’t have to worry abut them, either. Of course, if you’re a bit phobic about bats, then you might want to give the property a swerve, but if you’re more concerned about hygiene and long-term damage to your roof, then worry no more.

Instead of giving up on the new property, consider these points:

• Bats are very clean animals and, as they’re not rodents, won’t chew at your wiring, the timber or anything else (like your neck);
• they don’t build nests so there’ll be no messy and smelly bedding brought into their roost;
• as seasonal animals, they won’t be in your loft all year round, although you can expect them to return on a predictable schedule;
• the females usually have just one baby each year, so the numbers don’t increase significantly;
• all the UK’s bats eat insects, so they’re doing you a huge favour, and
• they really don’t turn into vampires; not even at Halloween.

You only need to do anything if you’re working on the roof.

As a protected species, bats mustn’t be disturbed. If you’re planning some non-urgent work to your roof or loft, then you’ll have to wait until they’ve left for the season, especially if it involves treating timber, for example.

If it’s urgent work, then you must call the Bat Conservation Trust for advice and possibly help from specialists who can safely remove the bats and relocate them.