Home | News | Who are the Second-steppers? 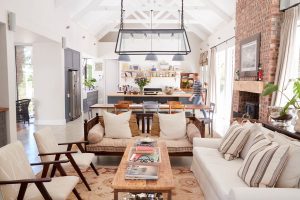 A lot of attention is on first-time buyers and downsizers, but there’s a stage in between these two major life events that often gets overlooked – the second step.

The people who take this second step on the property ladder are known, unsurprisingly, as second-steppers.

According to Lloyds Bank, the average age of the second-stepper is 33 and the average household income is £57,300.

Lloyds also revealed that, according to its research, most second-steppers are married or co-habiting couples who are looking for more space. More than 50% of these movers want a detached property as their long-term home and favour period and new-build homes.

In an ideal world, the second-steppers want at least three bedrooms, as well as a garden, a kitchen-diner, a garage and a driveway. The second step is most often a step up, with buyers looking for more space, a better area, and a bigger garden.

It’s hard to make this leap though!

The move up the ladder is usually linked to a demanding life-stage, with the couples having a first baby or adding to their family. It often takes a few years to get the necessary promotions, save up the extra deposit and find the right house.

Many second-steppers have actually had to change their life plans in order to make the move happen. Some have had fewer children than they initially planned, or have delayed another baby, so that they have more time to save up and sell. The number of second-steppers delaying or abandoning plans baby plans due to worries about moving has doubled since 2016.

The research by Lloyds also found that a third of would be second-steppers, expecting it to be harder to sell their current home than it would have been a year ago.

Many of the people Lloyds spoke to had been in their homes for three or four years and were expecting to be there for another 18 months or so before taking the next step. Once in their new home, some said they intended to stay for five years while a quarter said they wouldn’t be moving again.

Another 25% said they were thinking about staying in their current home and extending or making other improvements to make life more comfortable in case they couldn’t sell up in time.