Home | News | Why Has the Bank of England Raised Interest Rates?

Why Has the Bank of England Raised Interest Rates? 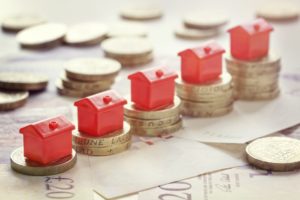 The BoE has a target rate of inflation – 2% – and at the moment inflation is considerably higher than this, at around 7%. This unusually high inflation rate is mainly due to the increases in energy costs and also the costs of goods that the UK imports from abroad.

A lot of the factors affecting the cost of living at the moment – energy prices in particular – are expected to ease up in 2023. However, the BoE still has a duty to keep inflation under control and one of its main tools to curb inflation is its base interest rate.

Raising interest rates curbs inflation in two ways. Firstly, it makes borrowing more expensive, as people on variable rate mortgages or with variable rate loans will find their monthly payments going up. This means they’re less likely to buy goods and services, which in turn forces providers and manufacturers to keep their prices as low as possible.

Secondly, a higher interest rate works well when it comes to savings, as it means higher returns for people who stash their money away rather than spend it on goods and services. Someone planning to buy a new TV with their savings, for example, might decide to leave their money in their saver account for a few months longer because it’ll earn a bit more before it’s drawn out to buy that TV.

It’s not an instant cure

Manipulating interest rates and inflation isn’t a magic switch, but the BoE expects the effects to start being felt in late 2022 and the first half of 2023, with inflation settling back down to around 2%.

Will interest rates go above 0.5%?

The BoE might need to raise interest rates again during 2022 if the rise to 0.5% isn’t working rapidly enough or if there are any other factors affecting inflation. The BoE reviews interest rates eight times each year and usually decides to maintain the same rates, but in times of high inflation, changes might be necessary.

Will I be affected by the rise in interest rates?

If your loan or mortgage is on a variable interest rate then you’ll probably see your monthly repayments increase.

If your mortgage provider decides to follow the base rate change and increase its interest rate by 0.25%, then you’ll be paying £692 each month.

People on fixed rate mortgages won’t see any change until the end of their term, however. Savers benefit from higher interest rates too, as their savings earn them more money.