Home | News | How Will Brexit Uncertainty Affect the Housing Market?

How Will Brexit Uncertainty Affect the Housing Market? 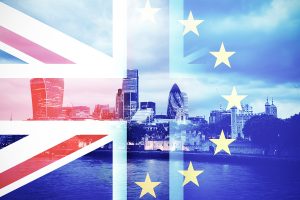 Brexit speculation is on everyone’s mind these days – every industry, sector and market is wondering and waiting to see what the short, medium and long-term effects of this decision will be. The housing market is one of the most talked-about, however, as it’s one in which almost everyone has some stake. Here’s what industry experts think may happen over the next couple of years.

Everyone held their breath last June, expecting prices to plummet after years of comfortable rises. However, properties continued to rise in value – by 5% in total in 2016 – and the market seemed to hold its own in the face of the shock.

This should continue throughout 2017 at least, too, with prices rising by anything between 1% to 5%. The only factors that will, realistically, have an impact upon the housing market are job uncertainty and customer confidence. Brexit may have its own huge impact upon these factors, obviously, but people will still buy and sell properties despite Brexit uncertainty itself.

Borrowers can certainly take advantage of one unexpected consequence of June’s vote – the cut in the Bank of England’s base rate. This rate was cut for the first time since 2009, from 0.5% to 0.25%, to help to stabilise the economy. Anyone taking out a long-term fixed rate mortgage deal will be more than happy with that! Some people on tracker mortgages, which follow the BoE’s base rate, have been enjoying some of the best deals a borrower could ever get, with some London mortgage repayments being less than the average monthly rent.

The housing market did slow down a little just before and just after the vote, alongside a huge crash in the value of the pound and followed by rising inflation, but this slowdown didn’t seem to last very long. So far, none of the dark predictions about the housing market have come to pass.

Of course, the UK is still in the European Union and Article 50 hasn’t yet been invoked, but even when this happens, there’s not much to suggest the housing market will suffer.

If the vote had little effect upon the housing market, then it’s possible that Article 50 and the eventual departure from the EU won’t have too much of an impact either. There could be a period of readjustment in property prices, or the mood could stay buoyant and brisk. It’s a case of wait-and-see.