Home | News | What You Wish You’d Known Before Moving

What You Wish You’d Known Before Moving 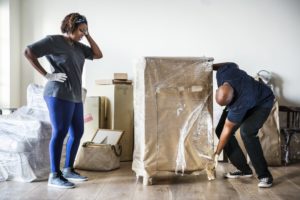 We all know that moving house is a stressful experience and we all brace ourselves to a certain extent, but lots of Brits find it more taxing than they expected.

Property portal Zoopla conducted a study recently to find out what the average Brit feels, thinks and wishes they’d known before the moving process started.

The stress is higher than expected

On average, a house move takes 14 weeks from start to finish and almost two-thirds (62%) of the study respondents said they’d found their move more stressful than they’d anticipated.

Only 11% of the study subjects said their move had gone without any extra hassle or hitches and an unfortunate 18% said their sale had almost fallen through or actually failed.

Many buyers forge a relationship with the seller

As well as the financial investment involved in a house purchase, many buyers make an emotional investment. More than a third of UK buyers said they’d developed a personal rapport with the seller in order to reduce the risk of the deal failing.

The financial costs can be higher than expected

If I’d known then what I know now…

Almost half (46%) of the survey sample said they wish that they’d researched the area more before they decided to buy there. Chief among buyer regrets were:

Sellers had regrets too. Despite 84% of the respondents appreciating the importance of staging, 53% of sellers said they wished they’d bothered as it may have earned them a higher asking price. Unfortunately, 31% of the survey respondents said that a lack of funds prevented them from making this investment.

Other regrets among sellers included not decluttering enough in advance of moving. More than half (52%) of movers said they should have done more before they started packing up.

Underestimating the time and effort it takes to sell and move was the other big regret, with 20% of the survey sample saying they wished they’d gone to market earlier.