Home | News | Buy With a Stranger

Buy With a Stranger 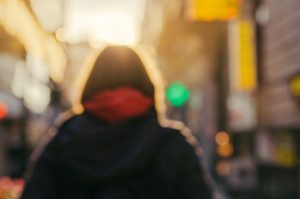 An HSBC study involving 2,000 people aged 18-40 found that most people in this age group believe that home ownership will always be out of reach, despite low interest rates and recent changes to Stamp Duty.

These findings prompted HSBC to hold an experimental speed-dating event for househunters in February. The event brought together people who would be willing to buy with a stranger and apparently a few matches have been made, although it’s too soon to know the true outcome.

What makes the right stranger?

HSBC asked its research group for its top criteria for the perfect co-buyer and apparently, he or she:

They’d also have to have a good credit rating, pay bills on time, save money each month and earn at least £50,000 a year. The ability to stay calm under pressure and make compromises is also very important.

On the other hand, messiness, annoying or inconsiderate behaviour and poor money-management do not make for the ideal co-owner.

What motivates people to buy with a stranger?

One-third of the people in the study said they’d think about buying with a stranger because they just can’t raise a big enough deposit on their own. Another 27% said their income wouldn’t get them a property in their ideal area and 25% said they’d want someone to share the household bills with.

Others would buy with someone they weren’t close to because if everything went wrong, they wouldn’t be losing a treasured friend or relative. Around one third said they’d actively avoid buying a place with a friend or relative for this reason.

Is this the future?

Realistically, there’s only ever going to be a small number of people who will buy with a stranger, although these new speed-dating events might push the numbers up a little.

Anyone who does decide to take this unusual route should make sure the co-buyer is a responsible and reliable person. A mortgage is a lot harder to get out of than a joint tenancy and there’s a lot more to think about than a rental deposit and bill-sharing. There must be a very tightly-drawn contract from the start so that when it comes to selling-up time, you both get your fair share.