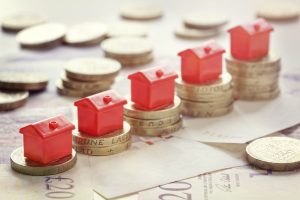 Cheltenham has long been famous for its spa and, more recently, for its code-breaking prowess, but it’s just added another feather to its cap by being the town with the fastest-growing number of £1 million-plus houses.

In 2016 there were 23 £1 million-plus property sales but 2017 saw 45 such sales, an amazing increase of 96%, with the most expensive property being a five-bedroomed detached house which went for £2.6 million.

Some regions of the UK, it seems, are remaining robust and even thriving in the face of uncertainty and stamp duty changes. In 2016, 14 local authorities recorded at least 100 £1 million-plus property transactions but last year this number rose to 18.

The nuts and bolts

Property values in Cheltenham rose by 8.1% in 2017, which brought some homes over the magic million barrier. It’s thought that the town centre’s £750,000 revitalisation plans, including a new John Lewis department store, new natural stone paving and an outdoor performance area are helping to boost the market demand and to keep it buoyant.

We’re still not tired of London, though

There were 19,100 properties selling for £1 million or more in England and Wales last year, with London accounting for 60 per cent of these deals.

Of the 19,000 properties that sold for £1 million or more in 2017, around 60% were in London. In Kensington and Chelsea alone, 64% of homes changing hands did so for more than seven figures.