Home | News | Could Two-storey Extensions be the Answer?

Could Two-storey Extensions be the Answer? 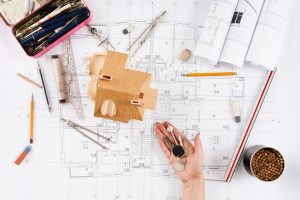 Earlier this year the government relaxed the planning rules for two-storey extensions in a bid to ease the housing demand crisis. For many years demand has far outstripped supply and it’s hoped that this move will make a difference.

Onwards and upwards – not outwards

If homeowners can build upwards with more ease, then they have the extra space they need without building outwards into empty plots. This should, hopefully, reduce the number of new homes that need to be built on derelict sites or on the Green Belt.

These proposals will make it much easier for a house, a shop or a flat to have a two-storey extension to house, for example, grandparents or children who need more independence.

Of course, the extensions must be in keeping with the surroundings – the rules can only be relaxed so far – but this may encourage developers to think more creatively with space and design. This creativity in turn may encourage buyers and families to opt for an extension rather than an entirely separate property.

It’s hoped that the moves could lead to a new generation of town houses in severely under-supplied cities like Manchester. Two-storey extensions will help to protect green spaces as well as helping families.

There are some concerns

Some people are worried about there being a sudden rash of “tacked-on” monstrosities springing up on every street, especially in areas that are already heavily residential. However, if each planning application is handled sensitively and the extensions are designed to blend in well, then the initiative could prove a success.

Other ideas to ease the housing crisis that haven’t taken off in the past include the reintroduction of pre-fabricated homes and the conversion of garages into living spaces. These ideas simply died on the vine, but the idea of two-storey extensions has a much more solid appeal to homeowners and their families alike.

While it won’t sort out the housing shortage on its own, if this idea gains traction and becomes commonplace, it will certainly help.