How to Turn Window Shopping Into a Sale 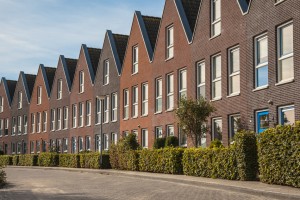 How to Turn Window Shopping Into a Sale

Every estate agent has them – the habitual window shoppers – they gaze at the notices in the window, they come in and pick up the newsletters and the flyers and sometimes they even talk to agents! They may even arrange a viewing here and there, which gets everyone’s hopes up, before declaring the garden too small, or the box room too…boxy.

They want to move, but there’s always something stopping them. Sometimes it’s just plain old awkwardness, in which case you’ll just have to smile, but sometimes you can actually help them to take the plunge.

Are they waiting for the “perfect time”?

Some buyers think if they just hang on, there’ll be some mythical sweetspot of low house prices and low interest rates, so they hang on and on. The truth is, they’ll always be running behind the “best” time, as by the time they realise it was the low point for house prices and get moving, prices will be on the up again.

Try this exercise with a piece of paper and a pen: start drawing a line down the paper and ask your hopefuls to tell you when the market has bottomed out. As long as you keep drawing down, they’ll stay schtum. However, once you start coming back up, they’ll holler “Stop!” By then, however, prices are rising and they’re behind the curve.

This exercise demonstrates that no-one can predict the market – it’s pretty much down to serendipity and chance. They need an optimum zone, not an optimum point.

They might be ready and able but are they willing?

Your buyers’ wants and needs are pretty constant, despite changes in market forces and their finances, and it’s these drivers that influence their willingness to make the effort to move. Wants and needs can’t be avoided for long – it’s the difference between dreaming about a country cottage “one day” and having to move pronto because the commute is a killer and the local school is awful. If you can determine these drivers, you can encourage them. Show them the Ofsted reports, remind them why they need to move.

Are they reluctant to sell because they’re worried about falling house prices?