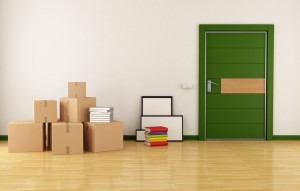 Bishop’s Cleeve is actually in the Tewkesbury district, but it’s a mere three miles north of Cheltenham, which gives it bragging rights. The village can certainly brag about its position in the Cotswolds, as it’s at the foot of Cleeve Hill, at 330 metres above sea level the highest point in the area. This means that there are spectacular views to be had, over the village itself and into Cheltenham. The common land next to the hill has been designated as a Site of Special Scientific Interest (SSSI) due to its unique geology.

Bishop’s Cleeve was established in the ninth century, when it was given over to the Bishop of Worcester, although a monastery was built there in the eighth century. The village’s heart contains the church of St Michael and All Angels, an impressive Norman church which dates back to the 12th century. Also attractive and impressive are the village’s many thatched cottages and other historical buildings. The village pub, The King’s Head, also has a thatched roof and the village hall is actually a tithe barn that dates back to the 15th century.

Since World War II Bishop’s Cleeve has experienced something of a boom, with lots of major UK employers moving to Cheltenham and its environs – there’s Zurich Financial Services, Smith Aerospace, as well as GCHQ.

It’s not all work in this village, though, as Bishop’s Cleeve has quite a few shops to keep the people happy in their spare time. Along Church Road there are lots of independent shops and cafes, as well as several quaint pubs. Visitors and residents can escape the noise and rush of the traffic by heading into Tarlings Yard for a quiet coffee.

The village also has a couple of hairdressers, as well as book shops, a travel agency, an Indian restaurant and a fish and chip shop. There’s even a traditional cobbler and a jewellery workshop.

Bishop’s Cleeve is within easy reach of Cheltenham and its many transport links to London, Oxford and Bristol. It also lies on the Gloucestershire-Warwickshire Railway, which runs a 20-mile round trip on its restored steam service. There’s also a steam museum for enthusiasts.