Mortgage Approvals Rocketed Over the Summer 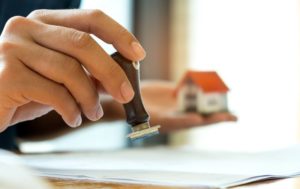 The UK’s mortgage approvals tally rose to a 13-year high in August as house-hunters made the most of the stamp duty holiday and also used lockdown to focus on moving home.

In total, the Bank of England says, 84,700 mortgages got the go-ahead in August, which represented a 28% increase on July’s approvals.

September also saw growth in home loan applications, with demand being around 30% up from the levels in September 2019. Applications from first-time buyers with smaller deposits fell by 20% in September, however. There are fewer products for low-deposit applicants, but it seems that higher-equity buyers have seized the day.

Why was August such a boom-time?

Several factors combined to drive up applications and approvals during August.

The market had a backlog of demand to deal with once the market reopened after lockdown.

Lockdown itself prompted lots of people to look at moving house after they became dissatisfied with their current home during the stay-at-home period.

The governmental extension of the stamp duty holiday – until March 21 2021 – also allowed many more hopefuls to make the move. This holiday waives stamp duty on properties selling for less than £500,000. The government announced the extension in July, so August was the first month to show the results.

The last factor was the travel restrictions caused by the covid-19 pandemic. Many people cancelled their holidays and put their time, effort and money into moving house instead.

What does this boom mean for people?

A buoyant property market is good for everyone. Before March 2020, the housing market had been in a lull and this can lead to a vicious cycle of potential sellers not wanting to go to market due to the shortage of places to move to.

The spike in activity in August means that this deadlock was overcome and that sales are completing nicely across the UK. Another issue that’s been overcome is the long-running uncertainty generated by the financial crisis back in 2008 – banks are happy to lend once more and people are less worried about unemployment.