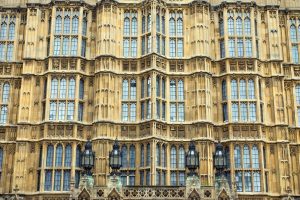 In March, Chancellor Philip Hammond delivered his Spring Statement to the House of Commons and his address included a few updates on the government’s drive towards building more homes.

Carrying on from last year

Last November the Autumn Budget set forth a few policies to boost the country’s house building mission. The government said it was working with 44 regions to help them with their bids for some of the £4.1 billion Housing Infrastructure Fund; this fund has been set up to enable local authorities to build more properties.

Hammond also told the House how the fund is being spent and where and how the extra cash will also be used to build more affordable housing so that there is a total of 116,000 such properties by 2022.

A boost for the Housing Growth Partnership

The Housing Growth Partnership, which offers financial aid for smaller housebuilding enterprises, has had its budget doubled to £220 million and London will receive £1.7 billion to start work on another 27,000 affordable homes by the end of 2022.

First-time buyers scheme is a success

Affordable housing, no matter what

Of course, there’s a lot of uncertainty in the housing market and in most other UK sectors right now, but Hammond insisted the government is firmly committed to delivering the homes that the country needs.

Not directly housing-related but still important is the fact that Hammond raised the National Living Wage to £7.83, starting in April. This rise means an extra £600 each year to full-time workers, which can only help house values. In addition to a wage rise, the UK is also due to benefit from £1.7 billion worth of investment into transport in English cities; this will make a difference to commuters.