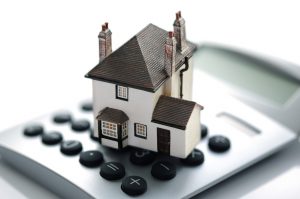 The global crash of 2008 put paid (as it were) to the 100% mortgage, but Barclays has only gone and brought it back.

This is good news to first-time buyers, many of whom will now be able to get a four or five-year fixed deal without selling a kidney, but they will still need help from inheritances or parents.

Barclays’ Family Springboard Mortgage means that first-timers don’t have to stump up a huge deposit – or even a modest one. In recent years, lenders have wanted to see at least 5% upfront, but this new scheme asks for 10% of the purchase price to be placed in a Barclays saving account rather than used as a deposit.

The money must stay in the account for three years, after which the (usually) parents get it back, along with any interest that’s been earned. This could work well for families who already have savings to transfer.

The old-style 100% mortgages were nixed after the crash and Barclays was reprimanded for its careless lending. The Springboard scheme represents a compromise between the 100% mortgage and sensible back-ups.

This bank has thousands of branches in homes up and down the country – 2016 will see 25% of all property transactions having help from the Aged Ps. In fact UK parents are the equivalent of a £5 billion mortgage provider. The average contribution is £17,500, with many parents also chipping in with the legal costs.

Even the grandparents are in on the act, with around 22,000 property purchases being helped along by Granny. A further 27,000 moves happen because other relatives and even friends help out as well. More than half of these donations are gifts or early inheritances, while a fifth are interest-free loans.

The Bank of Mum & Dad is, in effect, the UK’s tenth biggest mortgage provider and if other banks follow Barclays’ Springboard example, this most modest of financial institutions could rise even further up the ranks!