The UK’s Most Sought-After Locations in 2015 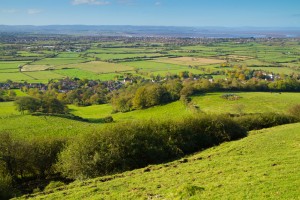 The UK’s Most Sought-After Locations in 2015

In 2015, property website RightMove received 110 million visits from people looking for a new home. Demand for property hit an all-time high, with property supply often falling short in many areas.

Bristol and Cambridge took first and second places (outside London) for buyers and renters, with nearly 14 million searches between them last year. York came third for buyers and Manchester took the bronze medal for renters. Commuter hubs Reading and Milton Keynes were in the top ten for both renters and buyers as more people leave the capital in search of affordable housing.

In 2015, the average selling time in England and Wales was 62 days. Outside of London, Welwyn Garden City saw the fastest sales, with properties only staying on the market for an average of 25 days. Hertford was close behind with an average time of 26 days.

It seems that the east of England dominates the rapid-seller list, with strong growth in this area. At the end of 2015, the eastern regions saw the same average price hike – 9.2 per cent – as the ever-popular South East.