What to Expect in 2016’s Property Market 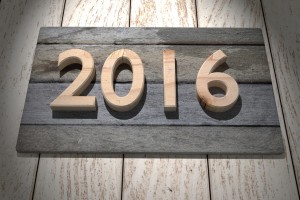 What to Expect in 2016’s Property Market

Nationwide tells us that after the slowdown of early 2015, London’s property market is experiencing a small revival, with a growth rate of 10.6% in the capital. This rate is still lower than expected, however.

Across the rest of the country it’s a mixed bag, with house price rises accelerating rapidly in the south and slowing down in the Midlands and northern regions. It seems to be the east, as well as the south east and south west of the UK that’s leading the way.

In small regions in the north and in South Wales prices are stagnating and may even fall in 2016.

According to RightMove, vendors across the country are in the pink due to a lack of properties on the market, with asking prices up by more than £2,500 in October this year. The average asking price in England is now just under £300,000 and this trend doesn’t look like stopping next year either.

Buyers will continue to take advantage of Stamp Duty change

The changes to Stamp Duty introduced at the end of 2014 will continue to help buyers in 2016. People buying houses worth up to £350,000 and those buying houses worth between £500,000 and £600,000 will face lower levies. This is because the rate step-ups aren’t as steep as they were before.

Savills estate agency believes that 2016 will see house price rises in London slow down, with prices outside the capital, including the south east and south west, rising as people look further afield for their new homes. Overall, England will see a 19.3% rise in house prices, with London lagging behind at 10.2%.