What’s Great About a Rooftop Garden? 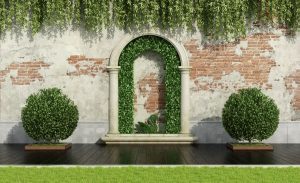 Let’s face it, your roof isn’t that appealing, is it? It’s functional, stops the rain from falling on you while you’re in bed and gives the crows somewhere to sit.

You might have a few solar panels on your roof, in which case it’s already multi-tasking, but you might also have quite a few square metres spare for a rooftop garden or green roof.

Having some greenery on your roof offers some serious benefits, not just to you, but to your neighbourhood, your city and to the planet.

Summers are getting warmer and wetter and this is going to strain your sewers and drains. The fact that more land is built upon also means less area for rain to soak into, so by having your own field up top, you’ll be giving that rainwater somewhere to stay. The substrate and the plants soak up the water before it’s released gently back into the atmosphere through transpiration.

Your roof won’t last for ever. It’s exposed to baking sun, hail, frost, rain and high winds all year round and this takes its toll. By greening your roof you’ll be shielding your roof from the elements, protecting the waterproof membrane underneath and at least doubling its life expectancy.

Most roofs in the UK are very poorly-insulated so they accumulate loads of heat in the summer and let loads escape in the winter. You can end up spending extra money on heating in the winter and suffering when it’s hot.

Your rooftop garden will absorb the sun’s rays (that’s what plants are good at, after all), so they’ll reduce heat gain in the warmer months and the physical structure of the garden will prevent excessive heat loss in the winter. That’s a win-win.

We all know how carbon dioxide (CO2) is contributing to global warming. A rooftop garden can help reduce CO2 in two ways. Firstly, the plants sequester carbon as part of their life cycle and secondly, the roof itself reduces your heating fuel consumption. Almost half of the UK’s CO2 emissions are from buildings, so we all need a bit more greenery in our lives.

Your rooftop garden will attract bugs, birds, small mammals and even unusual plants (they are “imported” on birds’ feet as seeds). It might not be as big or diverse as a ground-level nature reserve, but it’s certainly better than bare shingles. The animals you attract depend on what you plant, but one Swiss study showed that there were more than 170 different species of animal on the 11 rooftops examined.

The UK’s air quality is a serious concern, with up to 24,000 excess annual deaths as a result. The problem is worse in big cities, which suffer the double whammy of more people and cars and less green space. Rooftop gardens can remove more than a third of the sulphur dioxide in the air around it, 21% of the nitrous oxide and up to 200g of dust particles per square metre each year.

Go green, it’s good for everyone.